The Society for Promotion of Science & Technology in India (SPSTI) conducted Lectures on Nobel Prizes at Dev Samaj College for Women, Sector-45B, Chandigarh on November 09, 2019.
The Lectures were delivered by Prof. J.S. Bagla, IISER Mohali and Prof. Keya Dharamvir, Formerly of Panjab University on “Cosmology” and “Life & Times of C.V. Raman” respectively.

Prof. Bagla explained about the Nobel Prize in Physics 2019 that was awarded “for contributions to our understanding of the evolution of the universe and Earth’s place in the cosmos” with one half to James Peebles “for theoretical discoveries in physical cosmology”, the other half jointly to Michel Mayor and Didier Queloz “for the discovery of an exoplanet orbiting a solar-type star.”

Prof. Keya Dharamvir uncovered many interesting facts about the Nobel Laureate Sir C.V. Raman as her title was “Life & Times of C.V. Raman”. The sessions were very knowledgeable for the students.The Lectures were supported by Department of Science & Technology, Chandigarh Administration. 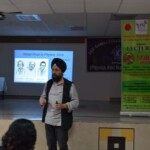 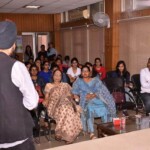 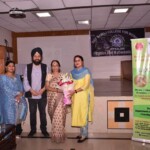 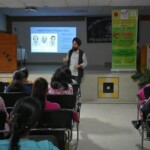 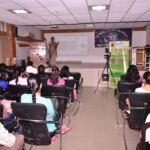 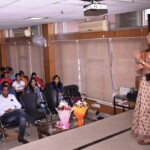 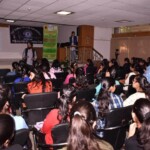 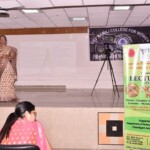 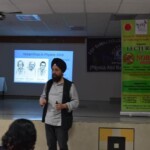