SPSTI in association with Dept. of Mathematics, Panjab University, Chandigarh and Chandigarh Chapter of NASI is going to hold lectures in remembrance of the Great Mathematician, Srinivasa Ramanujan, on his 100th Death Anniversary.

The Tragedy and Triumph of Life of the Genius: Ramanujan 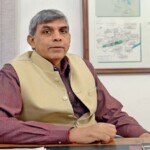 Abstract: This is a non-technical talk that outlines the life of Ramanujan and the difficulties he faced. The talk deals with very fascinating facets of his personal life and also his struggles. Even though his life was tragically cut short at a very young age, the talk shall highlight why Ramanujan triumphed as a human being and as a mathematician.

How Ramanujan May Have Thought of the Mock Theta Functions

The legacy of Srinivasa Ramanujan

Abstract: Srinivasa Ramanujan – the legendary Indian mathematician of the twentieth century, contributed very significantly in many areas of mathematics like hypergeometric functions, continued fractions, partition theory, Riemann zeta function, definite integrals and mock theta functions. During his centenary celebrations in 1987, mathematician A. Selberg made a comment: “We are thankful to Ramanujan not only because he contributed so much to mathematics but also for he left so much for others to work on.” In this webinar we shall talk about the important features of his personality and the global impact of his profound works which justifies Selberg’s statement.

During his short life span, the great Mathematician Srinivasa Ramanujan (1887 – 1920) independently compiled nearly 3900 results (mostly identities and equations).
The Department of Mathematics, Panjab University, Chandigarh, in association with the Chandigarh Chapter of the National Academy of Sciences, India and the Society for Promotion of Science of Science & Technology in India (SPSTI)organized a two day online conference, “Life, Work and Legacy of Srinivasa Ramanujan”, to commemorate his 100th death anniversary. Two sessions were organized, on November 20 and 21. They were attended by 100 participants on the zoom and around 5900 reached on Facebook page of SPSTI. Prof. I. B. S. Passi and Prof. Madhu Raka, two of the well known Mathematician from the Department, graced the occasion.
The session on November 20, 2020 started with welcome address by Prof. Gurmeet Kaur Bakshi, Chairperson, Dept. of Mathematics, PU. Shri Dharam Vir, President, SPSTI gave a brief introduction of the work and initiatives of SPSTI for promotion of science and technology among young minds. The first lecture, “the tragedy and triumph of life of the genius”, was delivered by Padma Shri Prof. Dinesh Singh, Chancellor, K. R. Mangalam University, Gurugram and former VC, Delhi University. He dwelled on the life of Ramanujan and presented the achievements and challenges he faced in a very lucid manner. He mentioned how inspite of facing many difficulties throughout his life he pursued his grand passion for till his last breath. Ramanujan was the first to show the British that Indians not only can match them but can also be better. The next speaker, Prof. George Andrews, Evan Pugh Professor of Mathematics at Pennsylvania State University, Prof. Andrews deliberated on how Ramanujan may have thought of the mock theta functions. He engaged the participants with a detailed derivation of mock theta functions and also mentioned that there are three more functions which Ramanujan mentioned in his last letter to Prof. G.H. Hardy which are higher order series, not related to each other, and remain mysteries till today. Both the lectures followed with questions which were answered in detail by both the speakers. Prof. Vanita Verma presented vote of thanks to the speaker as well as the audience.
The last session of the conference was on November 21, at 11.30 AM in which Prof. A.K. Agarwal, Dept. of Mathematics, Panjab University, Chandigarh, delivered a very insightful and critical lecture, “The Legacy of Srinivasa Ramanujan”. The Mathematician talked on various aspects of his life and research considering his family, his struggle and also his spirituality. His practical approach to the life of Ramanujan made the audience on Zoom and Facebook page of SPSTI connected with both the Speaker and the great Ramanujan. The talk ended with a discussion on inclusion of Ramanujan’s work at junior classes as well. Prof Vanita Verma delivered a vote of thanks.